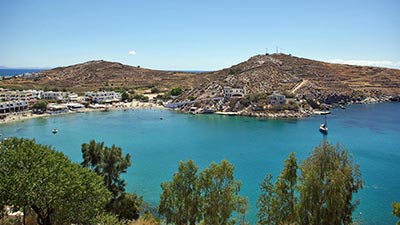 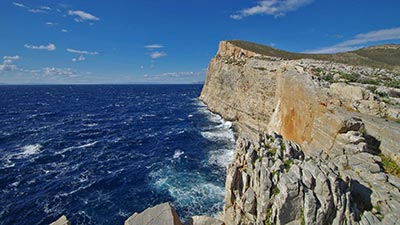 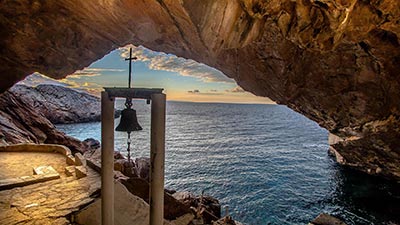 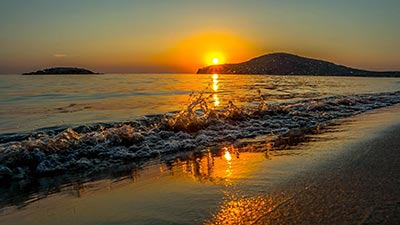 In Syros you will relax under the warm Greek sun, on the beautiful Syriot beaches, caressed by the soft touch of the Aegean breeze. You will explore all the Cycladic sokakia (alleyways) of the medieval town of Ano Syros that overlooks the Aegean. The old town is located on the highest point of the island and is a network of traditional Cycladic sokakia that lead to the magnificent Catholic Church of St. George. A few steps away lies the Jesuit monastery of Syros dedicated to the Virgin Mary, which was founded in 1754 to help the poor and today houses beautiful icons, ancient inscriptions, various objects of worship and an important library of 6,000 old books and manuscripts. Inside the monastery, the Church of Panagia Karmilos waits for you to explore it. Walking through the alleys you will also find the Capuchin monastery of St.John, founded by King Louis XIII of France in 1653. The monastery hosts the Church of Agios Ioannis dating from 1635, which during that period used its crypts as shelters from Pirate raids. These churches signify the historical coexistence of Catholic, Orthodox and other Christians of the island.

On the foothills of Ano Syros begins the emblematic capital of the island, Ermoupolis. A city that was founded by Ionian Settlers in the beginning of the 1st millennium B.C and dedicated to the messenger god Hermes. In Ermoupolis you will find the Church of Agios Nikolaos, the protector of sailors, located close to the port of the city. This church was built in the 19th century and its architecture is impressive. Further into the city the Church of the Assumption. This church shelters the holy icon of Virgin Mary made by the famous painter El Greco or Domenicos Theotokopoulos.

In the centre of Ermoupolis, on the Miaouli square, the majestic Town Center of Syros stands tall. This edifice was build by the famous German Architect Ernst Ziller, who was able to infuse classical Hellenic architecture with the romanticism of the west. Constructions began in 1876 and were completed in 1898. The town hall also hosts the archaeological museum of Syros, the court of law and many public services. Our town hall is considered as one of the most beautiful of Greece.

Further into Miaouli square you will uncover the Apollo Municipal Theatre of Ermoupolis that was built in 1864 by the French architect Chabeau. It constitutes a miniature replica of “La Scala di Milano” and is made of white marble and limestone. Apollo Theatre was the first opera house in Greece and a jewel of our beautiful island.

Syros has a rich history, a fascinating culture, an emblematic town centre and idyllic beaches that are waiting for you to discover them. Come to Atlantis Hotel and discover our Syros.

Our site uses cookies to make your experience unique. By continuing, you agree to install cookies on your computer. Learn More